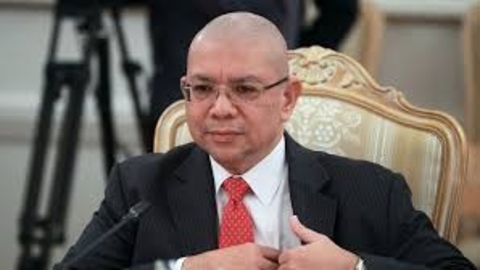 Подписаться на новости
Russia  vegoils  World  Agri-Produce  Countries  palm oil
"We are very grateful that Russia buys palm oil from Malaysia," the Minister said at talks with his Russian counterpart Sergei Lavrov.
Abdullah also said that Malaysia is considering cooperation with Russia in space.
"We are also considering cooperation in different aspects - education, the aerospace industry," he said.
Malaysia and Indonesia supply the world market with 90% of palm oil. With the EU's refusal to import this product, both of these countries suffer significant losses.
The EU intends to gradually abandon the first-generation biofuels, which are suitable for use in food products since its production contributes to deforestation. In particular, it is proposed to discontinue the use of biofuels based on palm oil.
According to the Federal customs service (FCS), the import of palm oil and its fractions in Russia in 2018 amounted to 1.06 million tons worth 748,77 million dollars. The main countries-suppliers of palm oil to Russia are Indonesia (891,77 thousands of tons, of 84.1% of total imports) and Malaysia (86,99 thousands of tons, 8,2%), in third place - Netherlands (48,492 thousand tons, or 4.6 per cent).