Friday, 29 November 2019
On Kuban for the year meat production increased by 5.8%
The economy of the Kuban in January-October 2019 produced 424,4 thousand tons of meat, which is 5,8% more than in the same period of 2018, said analyst krasnodarstata. 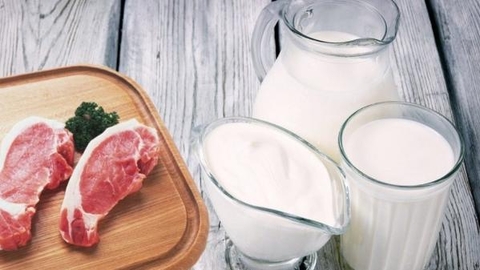 As previously reported, in the region plan to increase the number of dairy cows and to buy breeding young.

During the 3rd international exhibition "PharmExpo Krasnodar", which attracted more than 130 Russian companies and foreign colleagues, the Minister of agriculture of the Krasnodar territory Fedor Derek, spoke about the priority directions of the development of Cuban livestock production.

State support of animal husbandry was one of the factors stimulating its development. In the current year on the development of the industry we directed more than 1,3 billion rubles. In 2020 with the support of Governor Benjamin Kondratieff funding of the sector will be increased to 1.5 billion rubles.

Means are provided for increasing the number of dairy cows and the purchase of pedigree cattle from abroad, — quotes the Minister a press-service of administration of Krasnodar region. The Minister assured that all this will contribute to the growth of livestock production, including increasing exports.

According to official exhibition "PharmExpo" is a good platform for animal breeding territory in the study of technology and exchange of experience between representatives of the industry. Participants in the exhibition, along with presentations of their latest developments, has introduced the equipment, veterinary products, breeding enterprises, as well as breeding centers for breeding agricultural animals and poultry.

Krasnodar Krai holds the third place in the national rankings for milk production. The current growth of meat production is 5.5% — to 370 thousand tons, and for milk, the figure is estimated at 0.6% to 1.1 million tonnes.

Recall that in the framework of the national project "international cooperation and exports" Krasnodar region will increase exports of livestock products in monetary terms to 27 million $.