Wednesday, 04 December 2019
Canadian bison help of Yakutia to restore historical justice
Another batch of 30 canadian bison will receive Yakutia in 2020, the agreement signed by the government of the Republic and the leadership of the Agency, parks Canada, the correspondent of IA REGNUM. 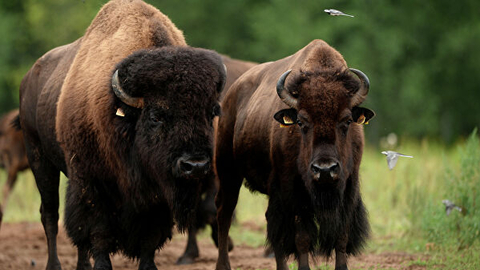 In Yakutia more than a dozen years re-create the conditions for viable populations of the American wood bison, which have historically lived on the territory of the Republic more than 20 thousand years ago.

For several years, the Republic already delivered 90 bisons, they multiply, acclimatizers and after ten years they are gradually released into their natural habitat.

"In 2019, in Yakutia there are 200 animals, including Buffalo for grazing within the natural Park "Blue" in nurseries "of Tympani" and "Ust-Buotama", the zoo "Orto Doydu" and natural Park "Living diamonds of Yakutia", — said in the government.

Bison can be used in agriculture, including breeding in the Northern territories, which are not very suitable for livestock.

As reported IA REGNUM, the first 30 of the Buffalo released "out to pasture" in Yakutia in November 2017.