Monday, 23 December 2019
Brand "Troekurovo" will turn energy from chicken meat in burgers
This week the brand "Troekurovo", which is chilled products poultry meat, announced a collaboration with Energizer "Chicken Power" – under this title will be released a unique range of cutlets. 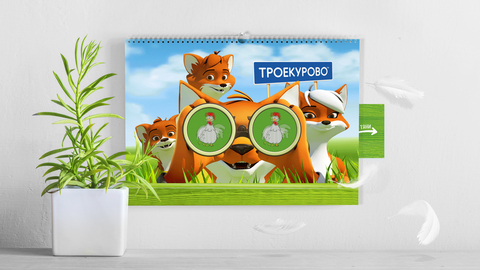 Fall in social media were announced bright one of a kind energy from chicken meat "Chicken Power". Instagram brand from memes promised to charge a chicken cheerfulness Elon musk and Yuri Duda, attracted the attention of the public and business partners. This week the brand "Troekurovo", which is the cooled product from the poultry, said about the collaboration with the "Chicken Power" – under this title will be released a unique range of cutlets.

Grocery benefits of a startup "Chicken Power" based on the study by researchers where it was argued that isolated from chicken meat protein of the group have a longer impact on the body than the substances included in the composition of traditional power. In addition to the original taste and unique design energy banks declared good for the body.

The representatives of the brand "Troekurovo", noted not only a unique product, but its promotion strategy in social networks. The account @chickenpower_official attracts the attention of bright creativity, unusual content with chickens, as well as a style of communication with users.

"We liked that "Chicken Power" in one language communicate with young audiences. They clearly stated their product in the social.networks, in the spirit of the legendary accounts "Pyshechnaya" and "baking soda". We proposed this collaboration, when I met the guys personally and I realized that we fit their sense of humour and a vision for the product," says brand Manager "Troekurovo".

Cutlets "Chicken Power" TM "Troekurovo" already went on sale and is available in two flavors: Classic and with spinach and cottage cheese. Diet chops breaded, with pure composition without E–additives with a high content of fillet, will give strength and charge you with energy for the whole day! For those who have no time to procure food, but at the same time adhere to the principles of healthy eating.

The mandatory character of the design of the packaging has remained inverted chicken that will allow you to easily identify the product. Chicken shows his strength, so hanging upside down and thus sets a "fun" General perception of packaging design.