Monday, 13 January 2020
Minister of Tatarstan, told about how to become a farmer
The head of the Ministry of agriculture and food of Tatarstan Marat Zyabbarov in the framework of the weekly meetings of the day spoke about the situation in the Republic with small forms of enterprises in rural areas, as well as through measures of state support to become a farmer. 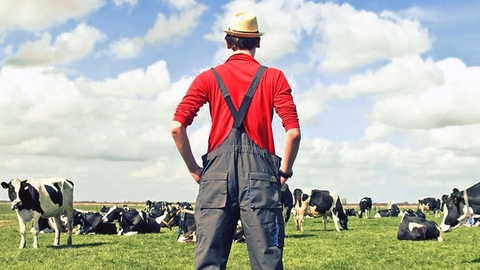 In the region with a population of over 3.8 million people there are over 450 thousand private farms, the correspondent of IA REGNUM with reference to the report of the Minister.

In addition, in Tatarstan today there are over 4 thousand farms and 273 of the agricultural consumer cooperative.The Minister recalled that in August 2018 as part of the core of the meeting was a package of instructions for development of the small forms in the village. Among them, the current loan program — micro agro-industrial complex and "Become a farmer". The decision is three to five days.

Applications for programs agrostat and beginning farmer in 2019 filed with 264 people, and received assistance 208. She was 562,6 million rubles.

"Farmers undertake a commitment to creating more jobs not less than 2-3 on each farm and to an increase of production volume to not less than 10%", — the Minister noted in his report, adding that further development of small forms in the office can see through the Association of farmers in cooperatives.

Zabbarov also clarified that the pre-end 2019 projected growth of gross output of agriculture by 3.6%.

Последние новости
11:01 The relevance of grain interventions has decreased due to subsidize transportation
10:09 Kverneland Group introduces on the Russian market a new sprayer
09:04 Rosstat revised data on crop-2019
08:07 May 27-29, 2020, in Moscow on VDNH, pavilion No. 75 will be a specialized exhibition "the Life of a farmer 2020
17:04 Rosselkhozbank said about the profitability of the domestic agricultural sector
16:02 Krasnoyarsk Krai became the first Russian production of rapeseed in 2019
15:03 Representatives of the company "Baltika" has chosen the best graduates of the TSU
15:00 Altai plant began deliveries of agricultural machinery in the Czech Republic
14:05 John Deere and EkoNiva-Tekhnika gave Ryazan agrotechnological University tractor 6125M and display stand SectionCommand
13:31 GC "Yug Rusi" tender: "Supply of led lamps in a quantity of 1559 PCs" for the needs of Branches of LLC "MEZ Yug Rusi" (Branch "MEZ Yug Rusi Rostov", "Laba" "Liskinsky", "valuyskiy", "Chernyanka", JSC "MZHK "Krasnodarsky", JSC "Azov factory of KPA")"
13:01 Corteva Agriscience presented innovative solutions to improve the quality of silage
12:07 The Group of company "Novotrans" was awarded the commemorative badge of Russian Ministry of transport
11:01 The farmers of Siberia in the top five among districts in revenue in the agricultural sector of the Russian Federation
10:09 In Tuva rose the ingredients for pancakes
09:06 MADE FOR THE "KLAAS": BORSKIY THE PLANT WILL START SERIAL PRODUCTION OF GLASSES FOR COMBINE HARVESTERS TUCANO
All news