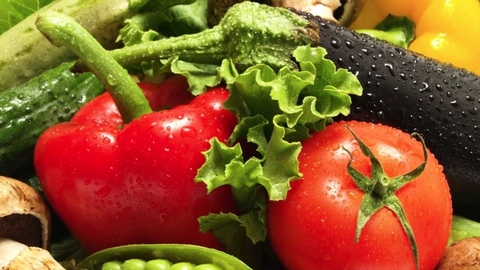 Подписаться на новости
Russia  regional AgMinistries  World  Ministries, RF  AgMinistry, RF  Countries  Organizations
On Friday, Deputy Minister of agriculture Oksana LUT in Vladivostok held a meeting dedicated to the current price situation on the vegetable market and the availability of data products for the population of the Far East.
"Development of trade relations with China and the organization of uninterrupted supply of agricultural products, the agriculture Ministry plans to work with the President to hold talks with Chinese partners on the conditions of supply of Chinese products in the Russian market", - stated in the message following the meeting.
Earlier in the stores of Primorye disappeared or sharply rose tomatoes, cucumbers, zucchini and eggplant. Major retail chain is explained by the fact that Chinese vegetables are not brought in, while local manufacturers inflate prices.
According to the authorities of Primorye, the closure of road freight connections with China has led to shortages of Chinese vegetables, dozens of trucks could not cross the border, now cargo autosabina opened. According to the government of the region, this will solve the problem of shortage of vegetables. Last week in a number of stores received cheap vegetables, but on Tuesday, the authorities of Primorye reported that shipments from China declined again due to the additional requirements of the quarantine service of China in connection with the coronavirus.
China supplies Russia with significant volumes of products. For example, according to the Federal customs service (FCS) of the Russian Federation, in the first three quarters of 2019, the country ranked first in exports to Russia fish fillet (28.9% in total imports), onions and garlic (36% of the total), cabbage (46.8 per cent); second place - for the supply of frozen fish, potatoes, tomatoes, carrots, beets, turnips and radishes.