Friday, 27 March 2020
The Union of flour millers appealed to the head of the Ministry of agriculture because of rising grain prices
Russian Union of milling and groats enterprises (RMCP) asked the Minister of agriculture of the Russian Federation Dmitry Patrushev because of rising grain prices in Russia, stating that this situation could lead to a shortage of flour, the appeal of the Union published on its website 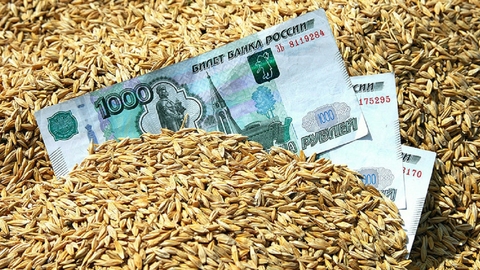 Подписаться на новости
grain  Agri-Produce  prices
"Against the background of General crisis and the fall of the ruble, the financial position of most of the industry is deteriorating rapidly. ... Because of the fall of the ruble and increased in connection with the profitability of export, farmers refuse to supply grain to flour mills or set too high for the domestic market the price of grain, as the bakeries don't take the flour at higher prices," reports RCMK.
The Union points out that with the price of grain (about 15 thousand rubles per ton) and flour (about 17 thousand rubles per ton) mill on each ton of flour will incur a loss up to 4 thousand rubles. The largest regional producers of flour, despite the high harvest last year, have a stock of raw materials at the level of just two to three weeks.
The appeal notes that the financial situation of enterprises in the industry is exacerbated by the fact that in 2017, many businesses "virtually deprived" of the subsidy in the form of concessional lending. "Now the authorised banks engaged in soft lending, deny many businesses mummola in the issuance of preferential loans due to losses and lack of sufficient collateral," explains RCMK.
"The situation is fraught with shortages of flour on the Russian market. Please instruct to take measures to eliminate the imbalance in the pricing of wheat and flour," concludes the Union.

Последние новости
18:10 Weight complex for "Cherkizovo-Gardening"
17:47 A truck scale is for "Meat Yard"
17:00 Yanmar and "Altai Diesel Plant Units" will participate in the IV Global Forum Fishery & Seafood Expo Russia
16:07 Rosgosstrakh insured the crops of a farm in the Belgorod region with more than 23 million rubles
15:42 Weigh 10,000 tons of mushrooms? Easy!
15:05 The new generation of power tractors Valtra® S series enters the Russian market
14:05 The rate of growth of prices for sunflower oil has slowed
13:00 JSC Federal freight has increased the volume of transportation of food products by 35%
12:01 Russia: Spring grain crops in the whole country planted on an area of 24.4 million hectares, or 83.7% of
11:08 Weighing sweets confectionaries?
11:07 "Organic farming requires not only compliance but also everyday approach and care"
10:48 Truck scales for PMK SPP
10:09 Sugar production may fall 25%
09:04 Released a new Russian grain
08:01 For 4 months 2020 Rosselkhozbank provided the farmers 520 billion rubles
All news