Thursday, 21 May 2020
Projects for deep grain processing will reimburse capex
Companies will be able to count on compensation of up to 20% of the cost of the enterprise 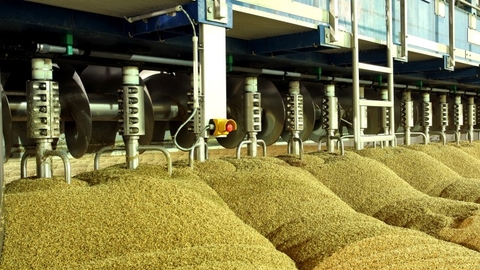 The Ministry of agriculture has prepared a draft decree on approval of the list of products of deep processing of grain, producers can expect to recover part of capital costs when creating or upgrading enterprises. The document is available on the portal regulation.gov.ru.

In particular, the list includes the germ of cereals, wheat and corn starch, wheat gluten, glucose and glucose syrup, without fructose or with a content of less than 20%, malt extract, protein concentrates and textured protein substances, ethanol and other alcohol at any concentration, lysine and its esters, dextrins and other modified starches, polylactic acid, bran etc.

According to the decree of the government, the enterprises for deep processing of grain can expect to recover 20% of the actual value of the object (but not above its marginal cost). From another draft decree of the Ministry of agriculture show that the marginal cost is not more than RUB 700 million for the production of glucose syrups, sugars, protein concentrates, alcohol and oil cake (feed additives, yeast) and no more than 900 million rubles for companies producing gluten, lysine, biodegradable polymers. Also for reimbursement of the company shall undertake annually to increase exports: in the first year, its volume shall be not less than 5% of the actual value of the object in the third — 15% in the fifth year — 35%.

Since 2000, Russia had announced many projects for deep processing of grain — more than 30, but almost all remained on paper, but implemented only a few, commented, "the Agroinvestor" head of the Center for economic forecasting of Gazprombank Darya Snitko. According to her, the decision to subsidise the modernisation and investment in this segment, of course, will be stimulatory.

"Of course, investment in a crisis can only afford the most stable company. Dynamics of demand for products of processing of grain, on the one hand, exposed to the crisis of demand, as many sectors in the economy, but government support and weakening of the ruble can improve the competitiveness compared to import of products of biotechnology", — said Snitko.