Thursday, 21 May 2020
The Ministry of agriculture lowered the forecast of grain harvest
In the Kuban, Stavropol and Rostov region yields may be reduced by 30% 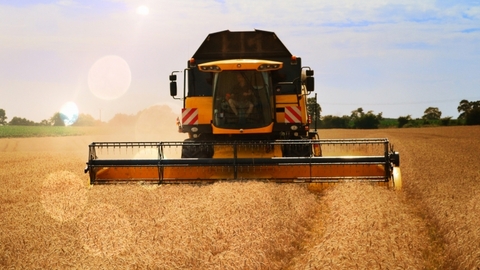 This year the grain harvest in Russia could reach about 120 million About it the Minister of agriculture Dmitry Patrushev said during a meeting of President Vladimir Putin with the government on the situation in agriculture and the food industry. Since the end of January Grovedale kept the forecast, estimating potential gross yield at the level of 125,3 million tons Earlier, first Deputy head of the Ministry of agriculture Dzhambulat Hatuov said to adjust the forecast is expected after the completion of spring sowing.

The forecast reduction of harvest was due to adverse weather conditions in some major grain-producing regions. In particular, according to Patrushev, the Ministry of agriculture admits the decline in grain yield of crop species to 30% in the Krasnodar and Stavropol edges and the Rostov region. The yield of oilseed crop species could reach 22.5 million tons, vegetables — 16 million tonnes of potatoes — more than 22 million tonnes, fruits and berries to 1.3 mn t, Patrushev said, adding that these figures — at the level of last year.

Vladimir Putin said that the grain harvest in Russia for six consecutive years exceeds 100 million tons and this year we also have a "good harvest". "Today in difficult conditions, which turned out to be Russian, the world economy, it is important to maintain the momentum in agriculture, helping our farmers in a stable job, stability of cooperation ties in the industry, — the President said (quote via the broadcast of the meeting). — Need to provide own domestic market and to evaluate to use those opportunities which are now open for our companies, including, of course, the export of products".

Thus, solving the acute current problems, we cannot lose sight of the strategic objectives, drew the attention of the head of state. It is necessary to increase the competitiveness of Russian agricultural production that it enjoys growing demand in the domestic market and abroad. "This is a major critical parameter around which to build our agricultural, industrial, scientific, educational policy, system of support and promotion of exports, development of deep processing of agricultural products", — Putin said.

Patrushev said the key target for the Agency remains the stability of the domestic market, disruptions in the supply of products in any region there, as well as significant price fluctuations on food. However, according to him, the Ministry allows for the adjustment of prices for products, because production costs have increased, and to operate at a loss the enterprise can't.

With regard to exports, the Ministry of agriculture still believes that this year the industry will be able to reach the targets of export of agricultural products and food for $25 billion In the first quarter, exports totaled $9.4 billion Patrushev noted the potential to increase deliveries to Asia, particularly China, including due to the logistical advantages of Russia in comparison with other countries.