Friday, 19 June 2020
The Ministry of agriculture will change the state program of agribusiness development for pandemic
Agriculture will grow more slowly than previously planned 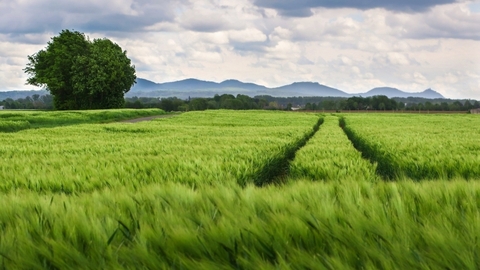 The Ministry of agriculture has developed a draft government resolution on introducing amendments into the state program of agricultural development up to 2025, a document published on the portal regulation. gov.ru. Changes were required to bring the plan values in accordance with the current socio-economic situation in the pandemic coronavirus infection, said the passport project.

Due to the reduction of incomes of the population, the restrictive measures taken by other countries due to the spread of the virus (disruption of supply chains), as well as the cost of the means of production Grovedale considers it necessary to adjust the planned values of the index of production of agriculture, follows from the explanatory notes. So, by 2025, the industry will have to grow by 13.9% relative to 2017, including this year it is expected to increase agricultural production by 2.8%. The current edition of the state program involves the expansion of agricultural production and 15.1% by 2025, target for 2020 — plus of 3.8%.

The value produced added value in agriculture in 2025 will amount to 4.56 trillion rubles, whereas previously it was supposed to come out by 5.77 trillion including the goal for this year is reduced from 4.05 trillion to 3.13 trillion rubles.

This year, agriculture will grow as the start of a pandemic and to the devaluation of the ruble in February 2020, the farmers have accumulated resources for the production, which reduces the risk of loss, commented, "the Agroinvestor" Director, centre for agrofood policy, Ranepa Natalya shagaida. "Even foreign to forecasts is expected to increase grain harvest in Russia and in the world. Animal — the more inertia the industry, she quickly responds to disasters, so that the production will continue to increase," she says.

The same opinion is shared by head of the Center for economic forecasting of Gazprombank Darya Snitko. Bank analysts estimate the potential gross yield of wheat at 124 million tonnes, enough high should be the yields of oilseeds, although the weather can still make serious changes. By the beginning of the crisis in March, the North was already planned, so the area of most agricultures events 2020 is not affected, except that the sunflowers took longer than expected. "In any case we do not observe a significant change in priorities of farmers and in the medium term, although the regulation of the export will be an important factor influencing the production program for 2021 and subsequent years," said Snitko.

Will continue the inertial growth in livestock. While the industry will see an increase in cost of production due to cost of feed while lowering or stagnation of meat prices, the expert continues. This will speed up the transformation process: faster to the reduced production in LPH (pork, beef, dairy sector), possibly increasing trend of consolidation. "However, such growth in agriculture is not an occasion for euphoria, as the profitability in most sectors of agriculture will decline. And therefore will have less incentive to further investment," adds Snitko.

Pandemic COVID-19 provokes a slight decrease in investments into fixed capital of the agricultural sector, the draft of changes to the program. If the current option involves the growth of investments 21.8% from 2017 to 2025, now 0.1% less (excluding small businesses). In particular, in 2020, the index will amount to 92.5% of is 107,7% as envisaged now. While the explanatory Memorandum States that, in General, the economy is expected to fall investments at 12%. Next year investments in agrohotel will continue to decline (minus 2.4 percent), restoration of positive dynamics of Grovedale waiting to 2022-th (plus 3%).

The agriculture Ministry notes that on the background of the restrictive measures introduced in the first half, maybe more expensive now implemented investment projects, including due to the inability of the supply of equipment in connection with the temporary closure of borders. The consequences of this Agency will be able to estimate only next year, so that the index of physical volume of investments can be reduced.

In the crisis of investment decisions taken particularly carefully, it's no secret, says Daria Snitko. In the agricultural sector interest in investing in greenfields in General faded in recent years, and growth spots was the sector that received preferential credit terms. "It is expected the decision on reimbursement of 20% of its capex projects of deep processing of grain, which could be an incentive for investments in processing of wheat," she adds.

For the first four months of this year the production of agricultural products, according to Rosstat, grew by 3% over the same period of 2019. Including in April, the industry has added 3.1 percent, while the overall economy has fallen by 12% due COVID-limits.

On the eve of "Izvestia" with reference to the report of the Ministry of economic development on the progress of implementation and evaluating the effectiveness of state programs by the end of 2019 reported that agrigaspolymer was one of the least effective.