Tuesday, 14 July 2020
Called the number harvested of grain in Russia
The order of 22.9 million tons of grain harvested to date in Russia, said July 13 in a press-service of the Ministry of agriculture. 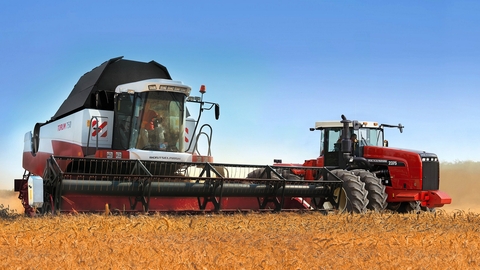 Clarifies that grains and legumes threshed on the moment from the area of seven million hectares, and produced 22.9 million tonnes of grain with a yield of 32.6 t/ha.

Barley, which with a yield of 32.6 t/ha, and produced 2.8 million tonnes threshed from the area of 856 hectares.

Winter rape was threshed from the area of 135.8 thousand hectares harvested this crop 258,9 thousand tons at a yield of 19.1 C/ha.

"Vegetables in agricultural enterprises and peasant (farm) harvested from an area of 18.4 thousand hectares, collected 165,2 thousand tons with a yield of 90 kg/ha", — reported in the Ministry of agriculture.

Recall that in early summer the Ministry of agriculture reported that by 2025, Russia plans to put into circulation four million hectares of unused arable land.