Tuesday, 14 July 2020
"Baltika" and environmentalists Taganrog will increase collection of packaging for recycling
In the framework of the project "Bring favor their city" "Brewery "southern dawn 1974", a branch of the brewing company "Baltika", will support achakzai public organization "Eco Future Taganrog" and will ensure the transfer collected by the volunteers of PET, aluminium, glass and paper for recycling. 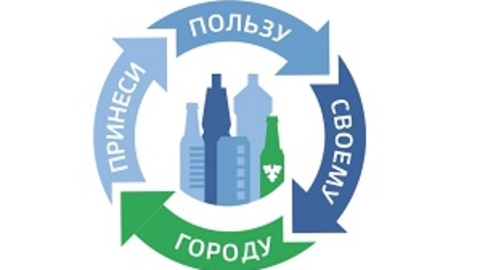 In the framework of the project "Bring favor their city" "Brewery "southern dawn 1974", a branch of the brewing company "Baltika", will support achakzai public organization "Eco Future Taganrog" and will ensure the transfer collected by the volunteers of PET, aluminium, glass and paper for recycling.

"Baltica" since 2013, develops the project "Bring favor their city", in cooperation with the operators of collection and recycling and investing in infrastructure for waste collection. In 2019, the company cooperated with 69 operators in the collection and processing of PET, aluminium, paper and glass cullet. For the year, within the framework of the "Bring favor their city" was collected and sent for recycling more than 100 tons of packaging waste, including more than 15,000 tons of PET. The collected amount is equivalent to 44% of the outstanding company in the packaging market.

The company supports projects aimed at the creation of a culture of separate collection and the formation of consumer habits to return containers for recycling, organizing environmental education promotion, packaging fee at public events, working with volunteer projects.

Olga Pipchenkov, activist: "Our volunteers are actively working on collecting recyclables in the city, but often we are faced with the problem of delivery to collection points. Some take a certain weight, and in some types of raw spots in the city not at all. We are pleased that the company "Baltika" has agreed to regularly pick up raw materials from our collection point".

The first collection of eco-car company JSC "Rostovvtorpererabotka" managed to bring 900 KG of PET, glass, aluminum and cardboard. Raw materials will be transferred to the enterprises-processors of the Rostov region and Southern Russia.

In 2019, the project "Bring favor their city" in the region South were collected and recycled 32 535 tonnes of packaging waste.

Following the goal to reduce Coslada finished products and adhering to the self-execution of extended producer responsibility, "Baltika" has pledged by 2022 to ensure the collection and recycling of at least 50% of the volumes manufactured by the company on the packaging market, including 58% of PET. These results the company expects to achieve by expanding the geographical scope and targeted programmes for separate collection, development of new channels, infrastructure and partnerships in the framework of the project "Bring favor their city".

Brewing company "Baltika", part of Carlsberg Group — one of the largest producers of consumer goods in Russia. Baltika owns 8 factories in Russia, a wide portfolio of brands. The company is a significant part of Carlsberg Group and its East Europe region, which also includes Azerbaijan, Belarus, Kazakhstan and Ukraine. Brewing company Baltika is a leading exporter of Russian beer: production of the company is represented in more than 75 countries. Due to the high quality brands of "Baltika" are holders of more than 670 Russian and international awards of professional and consumer contests. Learn more about the company on its website or on the official page of "Vkontakte".

Branch of "brewing company "Baltika" - "the Brewery "southern dawn 1974" - the historical successor of the plants "southern Bavaria" (1874) and "New dawn" (1974). Today, the plant brought together in one title the experience of generations of brewers, offering the best varieties of Soviet and pre-revolutionary beer. Title regional brand factory – beer "don" presented by grades: "don Alive", "don of the South".