Friday, 17 July 2020
The Ministry of agriculture: in the stabilization Fund could be up to 3.5 million tons of grain
Fund is needed to prevent sharp price hikes in flour and bread 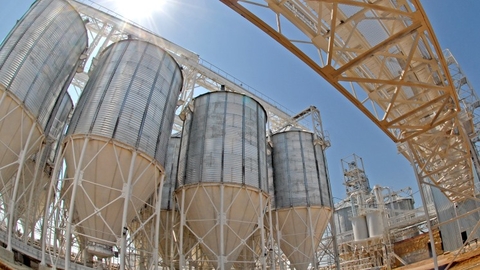 The Ministry of agriculture continues to study the establishment of a stabilization Fund, roughly it can be stored for 2.5-3.5 million tons of grain, which will ensure the needs of the millers two to four months, said Deputy Minister of agriculture Oksana LUT. "The Fund will be mainly focused on food grain to the milling industry in the event of certain crisis situations, as it was this year to prevent sharp price hikes in flour and bread, which is the main socially significant product," said she.

According to Lute, is now considered the geography of possible purchases. "We have not yet come to a definite conclusion, because you need to understand that in the Central part of Russia, in the South, in the Volga region grain is a priori more expensive due to demand from exporters, said Deputy Minister. In Siberia the cost of grain is always lower, so we are looking at how to distribute the geography of procurement, to be able to buy grain at reasonable prices."

In addition, you need to look for the presence of storage capacity, because now there are enough elevators to keep consumer grain quality. "We will have to generate a certain programme to build new modern grain elevators, which would allow to preserve the quality characteristics of grain," — said the Loot. She also added that the Ministry of agriculture is discussing with the FAS variant of purchase of grain to the stabilization Fund on the exchange. This method seems to be the office as open and correct, said Lute.

The stabilization Fund is expected to create instead of the existing intervention. This initiative made earlier by the Union of grain exporters, however, some industry analysts believe the rejection of the intervention Fund is premature, despite the fact that the public procurement system was imperfect.