Tuesday, 21 July 2020
Tractor 2400 Rostselmash RSM: in the fields
In the framework of the exhibition "AGROSALON 2020", which will be held from 06 to 09 October in Moscow, the Rostselmash company presents a number of novelties and premieres. 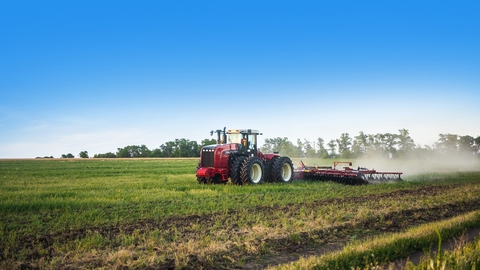 In a series of tractors RSM 2000 is presented two machines: RSM RSM 2375 and 2400. However, modification of 2400, you can tell some time was in the shadow of its famous predecessor. Now RSM 2400 already working in the fields, and we learned about received by the holders of first impressions.

We will briefly remind you about the features of the tractor series RSM 2000. This four-wheel drive articulated agricultural tractor designed to perform any field work. Frame open design features high flexibility — a fracture horizontally to 42 deg., and vertical to 30 deg. total (up/down) that makes a significant contribution to the stability and handling of the cars on rough terrain. Bridges with external side gearboxes are designed to work with dual and triple wheels (traditionally paired rubber included in the basic package of tractors Rostselmash). Moreover, their installation and disassembly is very simple and does not require any special tools and equipment.

The tractors put the engines Cummins QSM 11, which has earned a reputation of highly reliable, tough and durable. Unlike most tractors Rostselmash other series, machine RSM 2000 equipped with only a manual transmission, which provides maximum efficiency.

On many farms by tractors remains the overall simplicity of the design, management and minimal electronics. First of all, we are talking about companies, which employ experienced machine operators in the age, and which have a good repair base. Tractors series 2000 RSM for them in this regard is very attractive, as they clear everything, including the trace of hydraulics and electrics. Therefore, most of the faults can be diagnosed and resolved on its own.

Management of all functions of the tractor is very similar to that on "old" domestic machines — levers, keys, the usual instrument panel, etc for working on these tractors does not require any special training. The only thing necessary for the mechanic — carefully read the manual for selecting the optimal gear for different guns.

RSM 2400 was put on the conveyor in April whereas RSM 2375 in the current version, produced since the fall of 2016. Details about configuration are presented below.


The difference in power of the machines is small, but on the other hand, even this increase gives RSM 2400 "the extra meter and a half," tillage implement or planter. Simple calculations show that the rut in for ten passes we will treat 1-. Given that the machine on severe operations capable of operating at high speeds (judging by the reviews, no limit) increase performance in terms of the shift or day (namely, the clock often run by the machine) is not small.

And for those who are somehow familiar with tractors RSM 2000, it is obvious that the equipment has changed relative to earlier versions in a better way. Communicating with the owners of the tractors RSM 2400, we certainly could not ask why they chose a new modification.

In KFKH Bondarenko G. V. from the Voronezh region we have explained the following:

"I chose RSM 2400, 2375 RSM and not because of more power. If . C., in the 2400 — 405 already. Yes, the difference seems small, but one plough body is there, the other here — two. The fuel consumption of the same actually. Plus equipment like, the same compressor to blow out there. Now the tractor works for the disking. We like. Bought him a heavy harrow DV-1000. Look at the end of the season if all goes well, plans to take another of the same".

SP Kunikov I. A. of the Volgograd region said:

"We in the Park are both modifications of tractors series 2000 RSM: RSM RSM 2375 and 2400. Took 2400 for a little more power, like the equipment, besides, we are satisfied with the manual transmission. Machine is now working with 16-foot cultivator. When the depth of processing in 5- easy walks at the speed of 13-can easily work on but for the operator it's hard bridges hard. And the earth we have hard, dry. However, 150- he does."

Thus, the owners confirmed our assumptions about the reasons why agriculture today are inclined to acquire RSM 2400 tractor: more power, wider options and opportunities in comparison with earlier versions.