Tuesday, 21 July 2020
The complex of anti-crisis proposals for support of industry of the EAEU countries is developed with the participation of the Association "Rosspetsmash"
Members of the Association "Rosspetsmash" took part in the meeting of business associations of the countries of the EEU in order to prepare the consolidated anti-crisis proposals for the support of the industry Union. 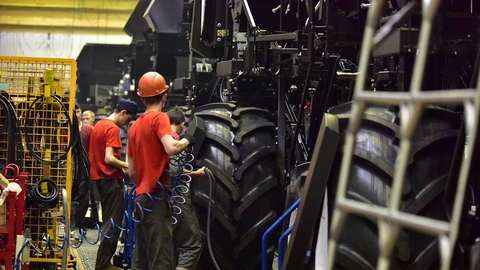 The event was attended by representatives of Trade-industrial chambers of the countries of the Eurasian economic Union, the leadership of the Association "Rosspetsmash" and more than 50 industrial enterprises, interested in development projects in industrial cooperation with partners in the EEU.

The discussion was moderated by Vice President CCI of Russia Dmitry Kurochkin, who informed the participants about the already performed Chamber work in the framework of the Agreement with the Ministry of industry and trade on cooperation in the field of industrial development and increase of competitiveness of industries of the Russian Federation in the framework of the Eurasian integration.

Anastasia Astakhova, coordinator of the work of the RF CCI with the Ministry of industry and trade of Russia on development of industry in the framework of the EAEU, spoke about the package of proposals prepared by the Chamber for the introduction of joint support mechanisms demand
for the products of the EEU and the development of cooperative projects. They are directed to the Chairman of the Government of the Russian Federation M. V. mishustina in June 2020 and are currently under way with relevant agencies.

In order to reduce the negative effects COVID-19 for the economies of the countries of the Union of CCI of Russia proposed, including: to ensure in the internal market of the Union are not less favourable conditions for production of the EAEU countries than for products from third countries (to eliminate the current exemptions for imports from third countries); the lack of national manufacturers to give priority to production partners in the Union, instead of imported products with the implementation of national infrastructure projects. Identified actions in the court's opinion, will allow to provide guaranteed demand for the products of the Eurasian economic Union in the post-pandemic.

In order to intensify the investment activity in the Eurasian economic Union, the Chamber also proposed a number of mechanisms for preferential financing of cooperative projects, ranging from support to joint R & d to benefits in entering the markets of third countries together produced.

Representatives of Chambers and companies in the EEU countries supported the initiative of the CCI of Russia about the preparation of the consolidated proposals, describing the measures the most popular manufacturers. It was decided to form a common position on further steps in the direction of industrial development of the EAEU.

Association "Rosspetsmash" proposed to discuss jointly prepared initiatives in early October 2020 on the sidelines of the exhibition "AGROSALON-2020" with the involvement of relevant authorities and the EEC.