Monday, 03 August 2020
From September 15 to the terminals and the elevators will not take transport with an overload
With 15 September sea and river terminals, and Elevator complexes will not be accepted by road transport exceeding the weight and dimensional standards by more than 2%, reported "Interfax" with reference to Deputy head of control Department of the barbarian on Bulevich. 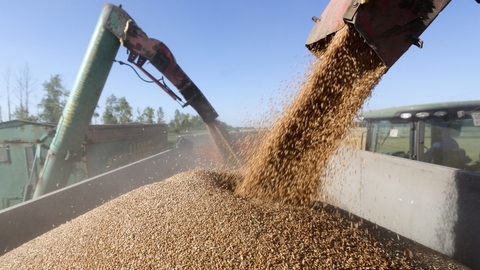 According to the Agency, the largest exporters of grains and oilseeds, the owners of terminals and elevators adopted a Memorandum, suggesting a struggle with overloads of vehicles in the transportation of these products. Last week, "Kommersant" wrote that the project of this document was prepared by the Association of bona fide market APK.

The conditions under which the terminals and the elevators will not take cars with Overdrive will be included in the contracts. Also the terminals commit from 15 September to promptly provide, upon request, FNS registers waybills on the goods themselves or false. The Ministry of transport, Rostransnadzor, the state office of public Prosecutor and FNS also agreed to deal with the overloads. At identification of the facts of exceeding the weight and dimensional standards by more than 2% service tax will transfer data through the General Prosecutor's office, Rostransnadzor to bring offenders to justice. This will ensure the inevitability of punishment for violations and create equal competitive conditions for all market participants, says Barbara Bulevich.

The maximum allowable weight of the vehicle along with the cargo should not exceed 44 so According to the analytical center of "Rusagrotrans", a car with a lightweight body can carry 27 to 28 tons of grain, conventional trucks with a trailer — no more than 24-25 T. However, according to the head of the center Igor Pavensky, in practice, to reduce logistics costs for the vehicles are loaded 40-55 tonnes of grain. Often cars drive with excess weight and dimensional regulations, including-compliance with speed limits cause accidents and destruction of roads, said the Deputy head of Ministry of transport Vladimir Tokarev.

According to Bulevich, now overloads lead to an economically unjustified reduction of tariffs for transportation, which makes bona fide participants of the market unprofitable. To earn, companies often illegally try to optimize tax payments, it leads to a decrease in tax revenues from the industry. Interviewed by "Interfax", participants of the market consider that the new rules literally for one month will allow to clear the market and will be a prerequisite for digitization.

In January of last year in several regions the owners of the trucks transporting the grain, refused to work, demanding to restore order in this sphere. One of the organizers of the strike said then "the Agroinvestor"I stayed up half the loading. According to him, the drivers ' strike forced the unfair competition and corruption schemes, due to which a bona fide carriers have to work with negative profitability. "People are forced to work with the overloads, because if you follow all the requirements of the legislation, they simply will not survive," he explained. President of the National Association of road freight transport "Gruzavtotrans" Mr Mutagen confirmed that due to corruption the grain is transported with three-four times exceed the maximum permitted weight of the car, otherwise the carrier is not to make money.

Though the problem of overloads exist for a long time, due to the reduction of tariffs for transportation while increasing fuel prices the situation became critical. In June of last year, "Gruzavtotrans" appealed to President Vladimir Putin with a proposal for solving the problem of overloading during the transportation of agricultural products. Truckers, in particular, urged to provide for the possibility of recovery of damages for damage to roads as transport companies and owners of cargo.

20 July, Vladimir Putin signed the Federal law amending certain legislative acts in respect of weight and dimensional control of vehicles. The document, in particular, expands the powers of the Ministry of transport in regulating the procedure for weight and dimensional control of vehicles and provides for the creation in Russia of a network of automatic measurement of the weight of the trucks.