Friday, 14 August 2020
The Department will explore the possibility of reducing the volatility of grain prices
We are talking about creating a new Fund that will purchase and distribute grain among producers of flour 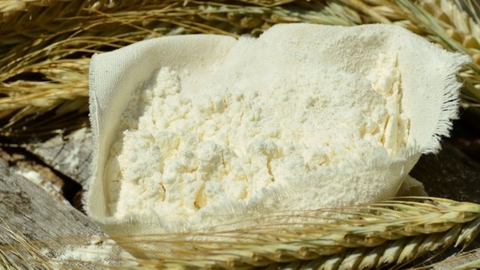 The Ministry of agriculture, Ministry of industry and trade, Ministry of economic development and the Ministry of Finance on behalf of the Vice-Premier of Victoria Abramchenko has to work out mechanisms to reduce the volatility of grain prices for millers. "Kommersant" with reference to his source says that it is about creating a new Fund that will purchase and distribute grain among producers of flour, as well as compensation to companies part of the cost of grain in case of a significant rise in raw materials, provided that the flour will be sold at a fixed price. It is unclear who will be the operator of the new Fund. "Upon receipt of the corresponding order of the government of Russia "United grain company" are ready to assume this function," commented "the Agroinvestor" the representative of the UGC.

Moscow wheat flour of the first grade since the beginning of the year rose by about 2.5 to 18.5 RUB RUB/kg, which is 8% more than July last year. Rye flour now costs around 18 Euro per 1 kg — more than 33% higher than a year earlier, writes "Kommersant" with reference to the national Union bakery (NSC). The Union expects that the subsidy cost of the millers can smooth the growth of prices for flour and to keep the cost of production of bakery products.

President of the Russian Union of milling and groats enterprises Andrew Gurevich believes that it is better to support the demand for grain, providing targeted assistance to socially vulnerable segments of the population. He also notes that in Russia the bread is in the retail cost five to seven times cheaper than in European countries, and retail chains are not willing to raise the purchase price.

According to the Director of the Institute for agricultural market studies (IKAR) Dmitry Rylko, the work of interventional grain Fund preferable to the fixing of prices for flour, because this measure is not transparent. "It's called back to the USSR", — he adds. A good measure of support for the industry is subsidizing Bank interest in lending for procurement of food grains, and it is required to continue, commented,"the Agroinvestor" Rylko.

Now in Russia there are no subsidies for bakery products, the prices are extremely low. Historically, the prices for bread were always the center of attention at all levels of government, previously told "the Agroinvestor" the President of the Russian grain Union Arkady Zlochevskiy. The bakers there are economic "Vice" costs are rising and sales prices due to the pressure can not significantly offset this increase.

The price regulation has no place in a market economy, and the purchase and sale of grain from the new Fund increase the risks for all market participants, told "Kommersant" Director of the analytical center "Sovekon" Andrei Sizov. To predict the activity will be more difficult and millers, and farmers, and exporters, and livestock producers, he said. Instead of trying to reduce the price of bread for all, it is better to assist the neediest segments of the population, Sizov adds.

Earlier, the millers complained that the depreciation of the ruble made exports more attractive, causing grain prices in Russia rose, and the mill can waste a ton of flour to 4 thousand RUB., which could then lead to a shortage of flour in the country. In April, the government imposed a quota on grain exports in the amount of 7 million tons to meet domestic needs. However, this measure did not help: raw materials continued to rise, wrote to the national Union bakery (NSC) the Minister of agriculture Dmitry Patrushev. According to the Union, it was necessary to introduce duties on grain exports and subsidies to processors. In may, the Chairman of the Union of grain exporters Eduard Zernin has invited President Vladimir Putin to create a Fund for the supply of grain mills at the time of price fluctuations.