Wednesday, 10 June 2020
The may rains have made adjustments to the yield of Russian grain
The may rains in many regions of Russia have improved the situation in the fields, but in the South the shortage of moisture in the soil is preserved, reports RIA "Novosti". 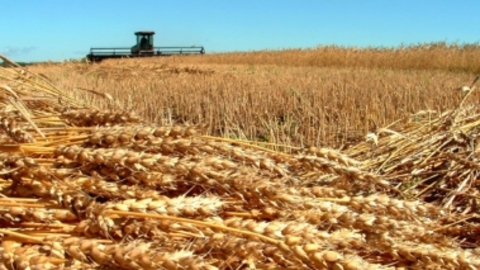 In the analytical center of "Rusagrotrans" I believe that will be able to collect the wheat of 77.7 million tons expected a month ago, but only 77 million.

In General, grains will grow to 124 million tonnes (this figure has remained unchanged over the past month). Will miss wheat mainly from the southern regions. So, because of the drought and other weather conditions in the Kuban and Stavropol forecast reduced from 42.8 million tons to 40.6 million. Despite all the efforts of the farmers, there are objective reasons: the supply of soil moisture is well below average for five years.

At the same time in the Central, Volga and Siberian Federal districts forecast remained at the level of may to 124 million tons. It is possible that in Central Russia the grain will raise more than the record 2017 (32.6 million tons).

In any case, experts say, the Russian wheat will be grown more than last year. Then, we recall, was able to collect 74,453 million tons. The forecast for the corn harvest began above: if a month ago, is expected to collect 13.8 million tons, now – 15 million.

At the Institute for agricultural market believe that is grounds for a revision of the Outlook there. Experts are of the opinion that the gross harvest will reach 121 million tons of cereals and 75.5 million tons of wheat.