Friday, 10 July 2020
Bacteria and phosphorus: how to solve the problem with phosphorus starvation of plants
About 50% of arable land in the world suffer from a shortage of phosphorus, and can help here phosphate-solubilizing microorganisms, but not all, and only the most effective 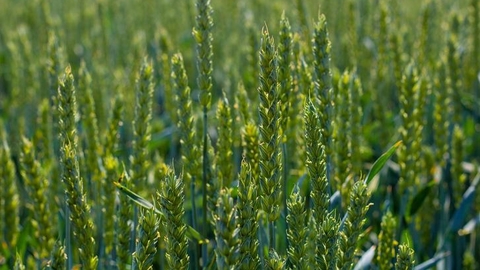 An international group of scientists from Italy (University of Foggia) and the UK (Institute of crops research Rothamsted Research) published the portal MDPI article about the benefits of phosphate-solubilizing bacteria. Here's what the researchers tell.

Phosphorus (P) is an essential macronutrient for plants, as a structural component of nucleic acids, phospholipids and transmembrane ATPase as a key element of metabolic and biochemical pathways, especially important for biological nitrogen fixation and photosynthesis.

Even if phosphorus is present in soil both in organic and in inorganic forms for absorption by the roots is only available to a small number.

It is known that about 50% of arable land in the world suffer from a deficiency of P due to the insufficient introduction into agricultural systems or because of the fact that he is immobilized shortly after application to the soil, making the element unavailable to plants.

This is due to its high reactivity with cations such as calcium and magnesium in calcareous soils or aluminum and iron in acidic soils.

P deficiency severely limits productivity, and for best results you need to make the phosphorus regularly. World consumption of fertilizers with phosphorus increases and simultaneously increases the risk of water contamination by sewage, which increases the critical problem of flowering of toxic algae.

The Central importance of phosphates in plant nutrition and sustainable agriculture has long been recognized. Scientists have expended considerable effort to understand how plants adapt to phosphorus deficiency and to find mechanisms that would increase the absorption, transportation and use of a plant of this substance.

In particular, the absorption of phosphorus is influenced by root architecture and root exudation of organic acids (e.g. citric, malic and oxalic acids) and enzymes (phosphatases and fits) in the rhizosphere, solubilizing inorganic complexes P and mineralizing organic P, respectively.

Now the role of soil microbes present in the rhizosphere of plants has become important as a whole.

Phosphate-solubilizing microorganisms are a group of PGPB, which are known to dissolve both inorganic and organic phosphorus and maintain the level of nutrients in the soil.

Phosphate-solubilizing microorganisms are divided into P-solubilizing bacteria (PSB) and P-mineralizing bacteria (PMB) depending on phosphorus sources and mechanisms to ensure the availability of P to plants. Sometimes the solubilization and mineralization can coexist in the same bacterial strain.

Inoculation of soil with microorganisms able to mobilize soil phosphorus through solubilization and mineralization, respectively, represents a promising strategy for crop protection.

In addition, some phosphate-solubilizing microorganisms can improve plant growth not only due to the better accessibility of the substance, but also by increasing the surface area of the root due to the ability to synthesize and export the hormone auxin that stimulates root growth.

Indole-3-acetic acid is the most common auxin produced by and considered to be a biostimulant for root system.

The aim of this work was to evaluate the effect of inoculation of two strains of Bacillus spp.- 12A and 25A on the development of wheat seedlings.

The genotype of hard wheat and conventional grown under controlled conditions in a compost environment with a low P to assess: (a) the influence of bacterial isolates on plant growth and architecture of root system; (b) the expression of two key genes, indicating the response when the phosphate starvation absorption of phosphate TaIPS1 and TaPHT1.6-B1.

The results showed that inoculation with strain 12 significantly increased the root length, surface area, and root biomass. In addition, there was increase in dry weight of shoots and content of R. This can be explained by the ability of a strain 12A to produce indole-3-acetic acid in addition to the P-mineralizing and P-solubilizers abilities.

Analysis of gene expression showed overall low expression TaIPS1 in inoculated plants and high expression TaPHT1.6-B1 in plants inoculated with 12A. This suggests that P-sensitive genes may be useful molecular indicators to assess the effectiveness of PSB and PMB.

Overall, scientists come to the conclusion that a positive response of plant growth to inoculation and analysis of gene expression suggests that the strain Bacillus sp. 12A is a promising candidate for the production of bio-fertilizers.