Thursday, 16 July 2020
How to cheat agents of fungal diseases of wheat for early monitoring
Researchers from the University of Manchester, UK, created a network of cheap, disposable biosensors for the detection in real time and in field infections of agricultural crops for the earliest signs 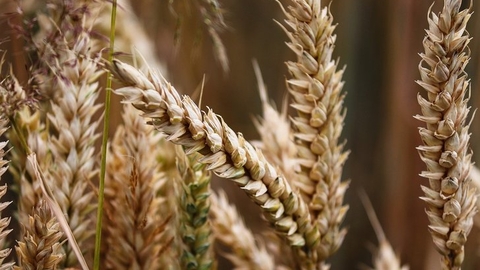 The sensors monitor the culture using the latest electronics technology and machine learning Internet of things.

Previous approaches to testing of plants based on DNA, showed only the presence of a specific dispute, however, the new sensor is able to determine the exact time and conditions where there is a risk of a serious disease.

Sensors do it, literally tricking spores of pathogenic fungi by offering them to grow and develop in a special biomaterial, while pathogens "confident" - they found their specific host plant and food source.

Then the detectors feature microzine, constantly monitor these biomaterials and apply artificial intelligence to determine the characteristic and specific ways of growth of spores on artificial hosts.

Next, each sensor wirelessly notifies farmers about the presence of the disease, working as a biological version of the fire alarm system, dynamically connecting to the system and maps forecasting diseases of culture.

Professor Bruce Grieve, who led the study, said: "This is very interesting, and the first disease that targets our consortium represents a serious threat to global wheat production, and have not previously reported that spores cannot grow on anything other than a living host plant".

The new system was tested in Ethiopia to prevent famine in the 1980s and described in the journal of the Fluids.

The team implemented a sensor network in a wheat field in Ethiopia to contribute to the modeling forecasts of plant diseases and control measures.