Wednesday, 21 August 2019
Agrarians of Mykolaiv region have started harvesting sunflower
In the Nikolaev area as of 20 August, the sunflower were thrashed, which is 1.8 thousand hectares, from which at an average yield of 34.8 centners per hectare are collected of 5.65 million tonnes. About it reported a press-service Nikolaev yeah. 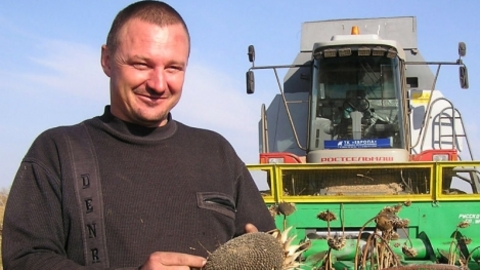 It is also reported that in the region next to the harvesting campaign is sowing canola. So, the reporting date of the oilseed planted by 27.9 thousand hectares, which is 41% of the forecast.

Последние новости
09:07 Agriculture and the food industry was included in the economic recovery plan as a growth point
08:01 The Russian market of high-oleic crops ready to move to a new stage of development
18:10 Weight complex for "Cherkizovo-Gardening"
18:06 Developed design weights
17:47 A truck scale is for "Meat Yard"
17:00 Yanmar and "Altai Diesel Plant Units" will participate in the IV Global Forum Fishery & Seafood Expo Russia
16:07 Rosgosstrakh insured the crops of a farm in the Belgorod region with more than 23 million rubles
16:00 GC "Yug Rusi" tender for "supply of set of plates to the filter"
15:42 Weigh 10,000 tons of mushrooms? Easy!
15:05 The new generation of power tractors Valtra® S series enters the Russian market
14:05 The rate of growth of prices for sunflower oil has slowed
13:00 JSC Federal freight has increased the volume of transportation of food products by 35%
12:01 Russia: Spring grain crops in the whole country planted on an area of 24.4 million hectares, or 83.7% of
11:08 Weighing sweets confectionaries?
11:07 "Organic farming requires not only compliance but also everyday approach and care"
All news