Tuesday, 16 October 2018
BRICS in 5-10 years, will overtake the US in production agriculture forecast
The BRICS countries (Brazil, Russia, India, China, South Africa) in the next 5-10 years will surpass the US in terms of production in agriculture, said in an interview with the Executive Director of the Federation of agricultural associations of South Africa AgriSA OMRI van Zyl. 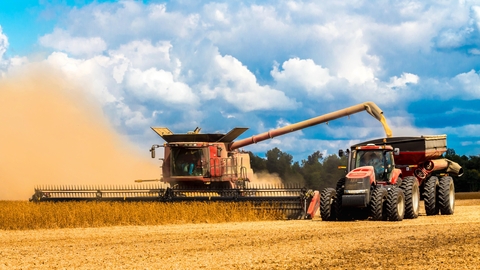 "I think BRICS has potential. All five countries have their own distinctive problems, but with population growth of China, India and South Africa at the BRICS, of course, there is the potential to expand its value in agriculture. China is already very active in Africa, India is also positioning itself as a force to be reckoned with. So the BRICS can surpass USA in the next 5-10 years," he said.

BRICS was founded in June 2006, at the St. Petersburg economic forum with the participation of the Ministers of economy of Brazil, Russia, India, China. In addition to the summits, the meetings are held at the level of foreign Ministers, Finance Ministers and leadership of other ministries. The share of members in the BRICS countries account for 27% of global GDP and 32% of arable land worldwide.