Thursday, 04 April 2019
Estonia urged to lift sanctions after the destruction of fish in Russia
The head of Estonia Kersti Kaljulaid should discuss with Russian President Vladimir Putin and the abolition of anti-Russian sanctions and countermeasures of Moscow, the call was made by the former mayor of Tallinn Edgar Savisaar, commenting on the burning in Russia, 72 tons of the Estonian sprat. 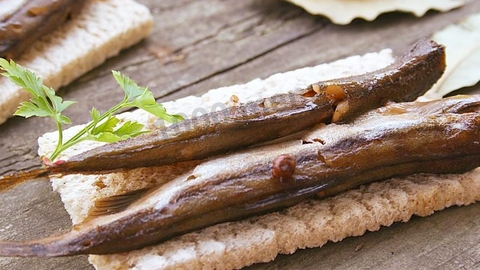 In his Facebook he said that in Russia is burned 72 tons of sprats from Estonia seized by customs officials in Ivangorod. Estonian politician said that the process took three months.

"Sorry for our fishermen. Maybe enough of these sanctions and kontrsanktsy. That's the theme for President Celluloid, on than in Moscow to talk," he said.

Last week the Rosselkhoznadzor administration for Saint-Petersburg, Leningrad and Pskov regions reported the destruction of more than 70 tonnes of Baltic fish.

At the end of 2017, the newspaper VIEW wrote that Russia has overcome the "Szprotawa dependence" from the Baltic.

On Wednesday, the Kremlin confirmed that President Vladimir Putin plans to hold a meeting with his Estonian counterpart Kersey Kaljulaid in Moscow on 18 April.