Friday, 09 August 2019
In Poland Achs over two weeks has destroyed tens of thousands of pigs
For two weeks in Poland revealed 43 cases of ASF in wild boars. The damage to livestock of domestic pigs during the same period two orders of magnitude higher - the virus has infected more than 17 thousand animals. 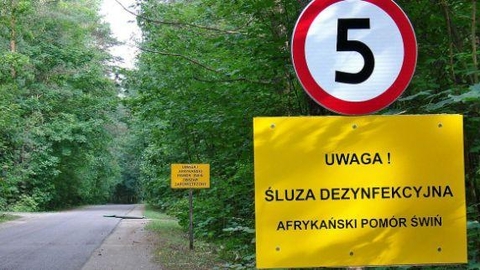 Chief veterinary officer of the country on the basis of the results of studies conducted from 15 to 21 July 2019, announced yesterday the confirmation of 24 new cases of the disease in wild boars. However, this morning the map of outbreaks of ASF in Poland, supplemented with data on additional 19 outbreaks. Only this year their number reached 1435-ti.

Obviously, the disease moves to the West of the Mazovian Voivodeship. Recent infected dead wild boar found in areas previously free of the virus, near the city of Plock.

In the past two weeks, Achs has increased the rate of distribution of Polish pig breeding farms. In total, the virus affected 17 523 animals. More than 12 000 birds were affected in the territory of the Warminsko-Mazurskie province, about 5 000 pigs were destroyed in the Mazowieckie Voivodeship, the rest were in the lands of Lublin province.