Wednesday, 21 August 2019
In Ukraine in January-July the volume of rail transportation of grain has increased by almost a quarter – gosstat
In January-July of the current year the volume of transportation of grain and products of grinding of railway transport of Ukraine increased by 24.8% compared with the period a year earlier and amounted to 21.4 million tons. On 21 August, reported the press service of the State service of statistics of Ukraine. 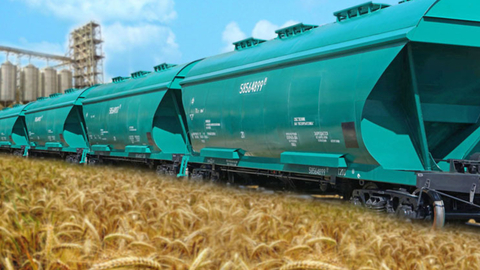 With regard to transport volumes of chemical and mineral fertilizers, they are for the same period also increased by 24% to 2.4 million tons.

In General, in January-July this year, the Railways of Ukraine transported 181,9 million tonnes of cargo, which is 1.9% lower than in the previous year.