Tuesday, 03 September 2019
Belarus ranks first in the world in the import of trout from Norway
Belarus is the second year in a row is a leader in the import of Norwegian trout, which are prohibited for import to Russia. 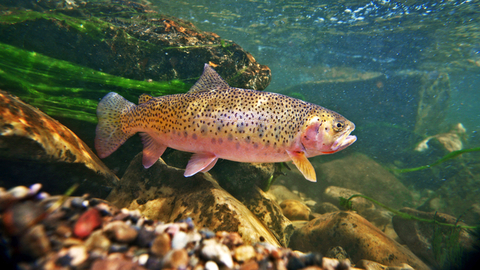 From January to July 2019 Belarus has purchased 4,397 thousand tons of chilled trout aquaculture, reports the newspaper "Distant outskirts", from the Norwegian Council for seafood (Norwegian Seafood Council). The EU for a specified period imported 4183 tons of this fish, taking second place. Followed by the United States — 1,809 thousand tons. In 2018, the situation was similar.

According to experts, Belarus buys products of animal and vegetable origin abroad, then packs up and sends her to Russia, despite the food embargo.

This confirms the edition of "Komsomolskaya Pravda. Belarus", pointing out that in 2014, after Russia stopped purchasing products in the EU, Belarus increased the import of food, to process the products and send to Russia under the label of Belarusian products. At the same time, the publication claims that most of the trout was implemented in Belarus.

The newspaper "Far suburb" cites the Norwegian Seafood Council for 2013, so 7 months, Belarus has purchased 2091 ton Norwegian trout, and Russia 14,329 thousand tons, ranking first in the world to import this aquaculture.