Tuesday, 03 September 2019
Zelensky instructed to conduct an audit of subsidies "aprobaron"
The head of state expects from the audit chamber, the RRT and the NEB the results of the investigations in the subsidy of MHP Yuriy Kosyuk. 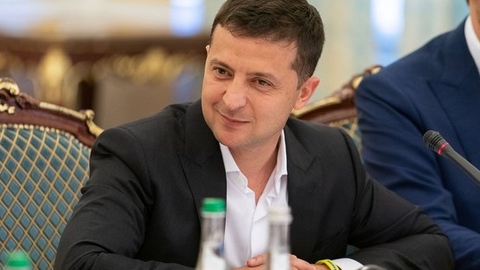 President Vladimir Zelensky instructed the head of audit chamber to report on the results of auditing the use of state subsidies to large agrocorporate. He said this during a meeting with leadership of the Verkhovna Rada, the Cabinet and security agencies.

"I ask the head of the accounting chamber to report on the results of audit of use of funds of Ukrainians who gave rich "aprobaron"... We all know who we are, or should I call names? Well, chicken... and understand what it's about," said Zelensky.

He also appealed to the heads of Gouriakova (RRT) and the National anti-corruption Bureau (NEB) with the request to report on progress of investigations of abuse in state aid to the agro-industrial complex.

In 2018 the most subsidies from the state budget was given to companies associated with Mr Kosyuk, about 970 million UAH, and in 2017 - 1.4 billion UAH.

The largest producer of chicken meat in Ukraine is a company Myronivsky Hliboproduct(MHP) Yuriy Kosyuk, a former adviser to the fifth President of Ukraine Petro Poroshenko. According to the company, it occupies 55% of the Ukrainian market. MHP presents trade marks Nasha Ryaba, Easy, Alan, foie Gras, etc., the Net profit of the agricultural holding for the first nine months of 2018, totaled $142 million, which is 44% lower than the same period 2017 ($251 million). Yuri Kosyuk through WTI Trading Limited owns 66% of shares of MHP. The businessman is among the ten richest Ukrainians with a state nearly $900 million.