Thursday, 05 September 2019
Germany imposes ban on glyphosate with 2024 – defenders of the bees succeeded
Yesterday, September 4, the Cabinet of Germany voted for a new agricultural package of agricultural programs and amendments. A separate unit was a question on glyphosate in the context of the programme for the protection of insects 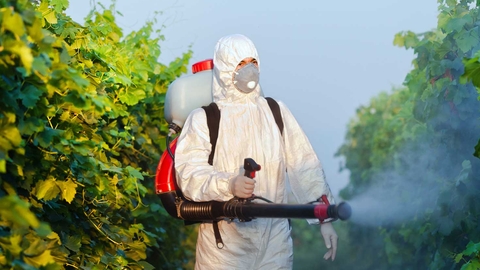 "Programme of action for the protection of insects includes the law on protection from insects and parallel legislation changes in environmental, vegetation and water legislation", - says in its submission, Norbert Lehmann on the portal www.agrarheute.com.

"To ban the use of glyphosate containing pesticides in Germany is planned from December 31, 2023. However, this time is ending and the approval of glyphosate in the EU in any case - with small chances for the resumption of renewal. Julia klöckner (approx. the Minister of agriculture of Germany) said: "From a political point of view, it is a dead horse".

In 2020 in Germany should be implemented a strategy of systematically reducing the use of plant protection products containing glyphosate, 75% to today's rates.

There is also a ban on the use of plant protection products and biocides of particular importance for insects in environmentally protected areas. Among other things, refers to nature reserves and national parks, and bird sanctuaries that are important for insect protection.

According to the Ministry of environmental protection, protection extends to habitats "types of Rich meadow" and "Meadow gardens". In most parts of protected areas should be a complete ban on the use of herbicides and insecticides, "to the detriment of biodiversity".

Environment Minister Svenja Schulze said: "I am particularly pleased that we managed to better protect insects in the agricultural landscape." The Federal government plans to ban the use of glyphosate in the shortest possible time in accordance with the European legislation and clearly limits its use in advance."

The German agriculture industry Association (IVA) has criticized the announced ban on the use of glyphosate. Chief Executive Dr Dietrich Pradt noted that Germany's agriculture loss of glyphosate would be a significant competitive disadvantage. Reliability planning is lost for the producers, if you can no longer rely on EU legislation, he said.