Thursday, 12 September 2019
In Tatarstan under winter crops is planned to take up less space than last year
In the Republic economy 13 municipal districts completed the autumn sowing, doing forward-looking indicators. About this news Agency "Tatar-inform" was informed in the Ministry. 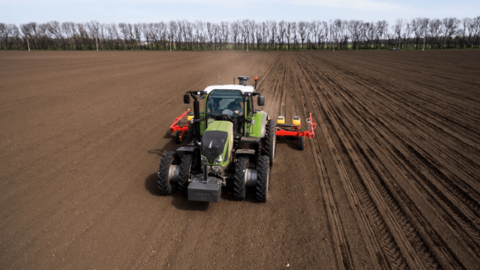 As noted in Department, the number of districts that have completed the winter crops sowing, every day it becomes more and more.

"Today, in 13 of the 43 municipal districts have fulfilled their estimated figures for the sowing of winter crops. In the Republic these crops will be sown on 541,6 thousand hectares, sowing was conducted on 90% of the allotted space is 485,5 thousand hectares," – said the head of Department of development of branches of agriculture of the Ministry Irek Sadykov.

According to the information of Ministry, the largest area allocated for winter crops, in Spassky area of 22.3 ha. "On September 12, here the autumn sowing is carried out at 21.8 thousand hectares, which is 98% of the forecast", – said the Agency interlocutor.

Significant areas set aside for winter in Alkeevsky and Alekseevsky areas – 21.1 thousand hectares and 21,0 thousand ha, respectively. The first of these this work was completed 98%, the other 90%, said the Agency.