Monday, 14 October 2019
The rains have prevented the farmers of Bashkiria to collect a record 3.3 million tons of grain
Despite the most severe in the last 10 years harvesting, the grain harvest in Bashkortostan instead of the projected 3.1 million tons to 3.3 million tons. About it at operative meeting in the Republican government said the acting Vice Prime Minister, Minister of agriculture RB Ilshat of Faizrahmanov. 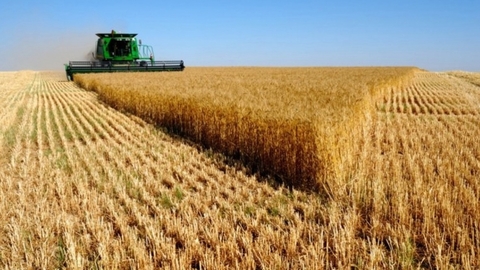 "This harvest was the heaviest in the last 10 years. Because of the high humidity it was very hard to remove grains and legumes. Fortunately, that is the technique that has allowed us to complete the harvesting season on time. If the technique in recent years is not bought, then we would have to fight for the harvest, stated Ilshat of Faizrahmanov. — Today harvested 3.3 million tons of grain in bunker weight. This is four percent more than last year."

This year the average yield of grain in the country exceeded 20 centners per hectare, which is six percent more than in 2018.

The leaders in productivity by a large margin from other areas, Chekmagushevsky district. Here per hectare collected 41 tons of grain.

In aurgazinskijj, Sterlitamak, Karmaskalinsky areas, the grain yield is also much higher than the national average value is 29 quintals per round. Slightly behind farmers Chishminsky district, collected from each hectare to 28 quintals of grain.

The record for the Republic of grain yield have on the agricultural enterprise "Base" chekmagushevsky district. Per hectare this year gave 50 quintals, stated Ilshat of Faizrahmanov.

To date, harvesters in the Republic more or less enough, not enough dryers, "so we need to build the entire chain," he added.

"Grains come with good performance. Last year harvested about 3 million tonnes this year — 3.3 million was Agreed that by 2024 we go to harvest 4 million tons – not an easy task, but doable. We will support farmers in the future", — summed up the meeting in the government the head of the Republic of radium Khabirov.