Thursday, 31 October 2019
China is ready to lift duties on agricultural products from the United States
China can withdraw previously introduced high import duties on American agricultural products, to relieve the importers of the purchase of certain goods, the Agency reports Reuters with reference to representatives of the China chamber of Commerce for import and export of food products (CFNA). 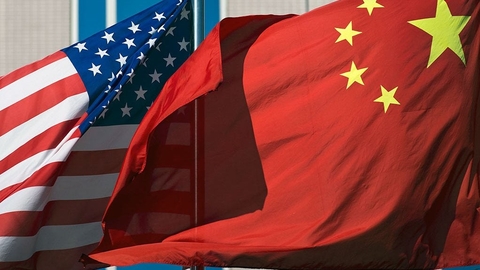 In particular, can be removed 25% duty on the import to China of soybeans and pork from the United States. Such measures, China plans to increase agroimport from the United States, following the agreement reached at the October talks. However, China wants the mutual withdrawal of import tariffs.

Earlier, U.S. President Donald trump said that China promised to increase the annual volume of procurement of agricultural products from the us $40-50 billion. the Representatives of China say that they plan to achieve this based on market conditions, and not being tied to specific rigid frames.

In 2017 (or before the beginning of trade wars between countries) the volume of American AgroExport in China reached $24 billion.

Последние новости
16:02 Industry-production of edible insects is a lot of uncertainty and dreams
15:03 The agricultural sector lacks funding
14:09 Abramchenko: Farmers will be allowed a year to pay for loans
13:08 Farmers will receive a deferment of payments on subsidized loans
12:02 Arrived: robots are employed in plant breeding
11:06 Of all employed in the fields of Rostov region combines 90% of machinery Rostselmash
10:08 The HARVEST 2020: July 10 produced 18.8 million tons of grain
09:01 Rosselkhozbank has provided a digital ecosystem for farmers on the "all-Russian field day in 2020"
08:02 НОВАЯ РАЗРАБОТКА ТАУРАС-ФЕНИКС. Автоматический укладчик в картонные упаковки SPM-HAS 200
17:00 Bacteria and phosphorus: how to solve the problem with phosphorus starvation of plants
16:07 July 12 — day of the fisherman. A selection of interesting facts and publications on the topic
15:04 The HARVEST 2020: on July 9, produced 16.6 million tons of grain
14:04 Biopesticides are becoming strategically important
13:02 FAS notes problems in the distribution of subsidies in the agricultural sector of the Russian Federation
12:07 By September, Ukraine will be the Ministry of agriculture
All news