Friday, 24 January 2020
In the Kursk region 5 farms accountable for violations
To the "Green Front" received the results of audit conducted by the Office of Rosselkhoznadzor for the Orel and Kursk regions, on the facts revealed previously by environmental activists to violations of veterinary and land law on cattle-breeding complexes in the Kursk region. 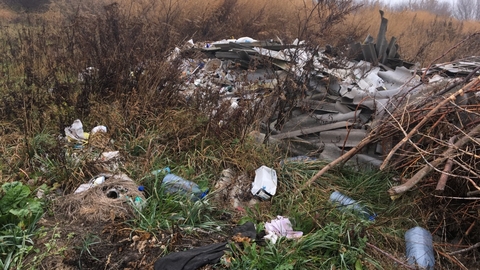 In response, it was reported that in the course of consideration of the application in the area of state veterinary control it was established that in the immediate vicinity of the site in the village of Hickory Organizatsiya area is located the farm, owned by entrepreneur Lunyova N. P. which has previously been brought to administrative responsibility for violation of veterinary-sanitary regulations under part 1 of article 10.6, namely the lack of fencing and sanitary facilities on the farm. As a result, in December 2019 in respect of IP was the Protocol on administrative responsibility for failure to comply with previously issued regulations under part 1 of article 19.5 of the administrative code and have been issued a repeat prescription.

Farm, near the farm Garden Organizatsiya district,belongs SPK "Amosovskoe", in respect of which unscheduled on-site inspection. By results of check of the SEC brought to administrative responsibility under part 1 of article 10.6 of the administrative code for the absence of fences, dezbar'er and fencing manure storage facilities. It was issued prescription and currently works on elimination of the revealed violations.

For violation of veterinary and land legislation revealed in the territory of cattle-breeding complexes JSC "Zarya" in S. Rashkovo, D. Fominka D. Bass Zheleznogorsk district officers of the Department were carried out unscheduled spot-check, which resulted in the officer guilty of committing offences in the sphere of land legislation are brought to administrative responsibility in the form of a fine under part 2 of article 8.7 KoAP of the Russian Federation.

We will remind, about violations at livestock farms in Organizatsiya district, activists of the "Green Front" reported in early December of 2019, and a month earlier - about violations on farms in Zheleznogorsk area.