Thursday, 11 June 2020
The Ministry of agriculture can change the project of development of the AgroExport
The global decline in purchasing power and increased competition pose new challenges for the development of foreign trade in food 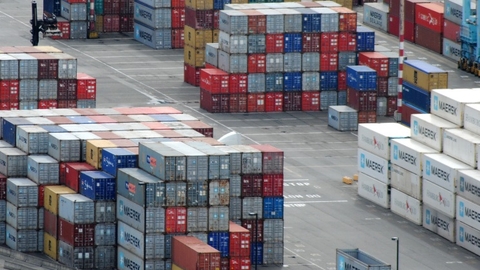 Deputy Minister of agriculture Sergey Levin does not exclude that in connection with the pandemic coronavirus infection and the resulting crisis, you will need to reformat the Federal project "the Export of agricultural products" (part of the national project "international cooperation and exports"). He believes that the decline in purchasing power and increased competition pose new challenges for export development, reports "Interfax".

Despite the fact that the situation in Russia is favorable until 2024 agriculture will not differ from other sectors of the economy in terms of the influence of negative factors on the world market, largely related to COVID-19, says Levin. According to him, the global market will shrink the effective demand to fall, competition to increase. "And our task of modernization, on the revision of the Federal project completely correspond to that of our colleagues decide within the industrial exports or exports of services. Because the situation has radically changed," he said (quoted by "Interfax").

Now, some departments in manual mode and address the issues of export support, he continues. However, such a system though, and helps to quickly deal with the problems of large enterprises, but is not responding to small and medium businesses who need help to enter the world market. Levin cited the example of Europe, where representatives of small and medium businesses constitute the majority in volume indicators of the AgroExport. In Russia the situation is different: they represent a much smaller part than large exporters, who consolidate large volumes. "Our goal is to make these manufacturers of [small and medium] to enter the international market was not scared, that they did much easier than it is now, and understand that the state has created them for this purpose required system. It consists of many parts, but the essence of it — the one window," said Levin.

The export promotion program was developed in 2018 and 2019, and constantly modernizarea, there is recent actual document, so statements about its reformatting of the look is not entirely clear, says a senior Manager of the group providing services to agricultural enterprises, EY Maxim Nikitochkina. In 2018-2019 it was already known that the main European agroeksport provided not major players because of the specificity of agriculture in Europe: there is dominated by small producers, whereas in Russia almost all sectors, except grain, the situation is reversed, said "Agroinvestor" Nikitochkina. But then it was not taken into account. In his opinion, the service of "one window" is a very appropriate approach, however, the Russian export center has existed for five years and during this period could and should have been the same service for the Russian exporters, both large and small.

In General, because of the crisis, the structure of Russian exports of agriculture may be even greater shares of commodities (grains, fish, sunflower oil), due to the decrease of export processed products because of lower global demand and increased competition, said Nikitochkina. However, this factor will take place in 2020-2021 years, and by 2022 in most countries will be able to return to the level of 2019 in parts of the economy and real disposable incomes. "Maybe not all European countries are going to make it to 2022, but Russia exports of agriculture in Europe is low," he adds. The export promotion program is designed for at least until 2024, that is for a longer period of time. As a result, it should be based on fundamental principles not subject to significant influence short-term crises like the coronavirus pandemic.

The national export development involves the creation of incentives for the development of sales abroad, including through concessional financing. This support was tied to the performance of obligations by the constant growth of exports, otherwise, the enterprise loses the right to benefit, commented, "the Agroinvestor" the head of the Center for economic forecasting of Gazprombank Darya Snitko. At the time of the impact of the pandemic this rule is scheduled for deprecation, so as not to worsen the conditions of financing of export projects due to falling global demand and prices.

According to Snitko, the structure of Russian exports is very inertial, so simultaneously does not change. 2/3 of the supply consists of three groups of products — grains, oil and fish. "This year, significant adjustments may only be in the case of the introduction of bans on the export of any of these products," she said.

"We cannot say that the AgroExport dependent on manual control from the state, if not to take into account the quotas for grain export," continues Nikitochkina. The government aims to increase exports through negotiations with some countries, particularly in Asia, to open their markets for Russian products, but that's not called manual, it is the proper work on the creation of market conditions for Russian products in certain territories, he said.

According to the Federal center of development of export of agricultural products of the Ministry of agriculture on 7 June, exports of agricultural products in value terms in 2020 amounted to $10.3 billion For grain accounts for $2.8 billion, for products of fat and oil industry — $2 billion, the same amount of fish and seafood. The main buyers of Russian grain are Turkey, Egypt and Vietnam. The three leaders among the importers of products fat-and-oil industry — China, Turkey, India, fish and seafood from Russia are mainly buying China, Republic of Korea and the Netherlands.