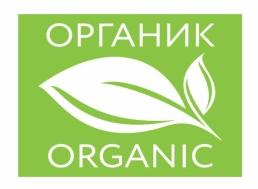 The event was organized by the competence Center of organic farming at Yaroslavl state agriculture Academy, the "German-Russian agro-political dialogue" and national organic Union of the Russian Federation. Florian Amersdorffer, head of the project "German-Russian agro-political dialogue", welcoming the participants of the discussion expressed hope that the skills Centre will be able to take on important organizational role in the development of organic production in Russia.

"The creation of the Center in Yaroslavl agricultural Academy, and is an educational institution, is very important. One of the tasks of the Centre - training and advising farmers. I think we won't be confined to the Yaroslavl region", - said Vladislav Nesmeyanov, head of Department of organization of scientific research Department of science and technology policy and education of the Ministry of agriculture of the Russian Federation.

According to Sergei Sorokoumov, project Manager for the creation of a Federal competence Centre of organic agriculture, now the share of supporters of the organic movement has grown: "In the past year as a result of the survey, we learned that 68 percent of producers willing to adopt organic agriculture. But how to do it, how to protect crops, animals from diseases and so forth? We need to broadcast this knowledge. Need demonstration sites where any potential farmers that want to engage in organic matter, can get the experience to watch as it happens. Thus arose the idea of the Yaroslavl agricultural Academy such a Centre". Now all the procedures are completed, the agreement to launch the Centre is awaiting signature from the Ministry of agriculture of the Russian Federation.

One of the tasks of the Center is to organize consulting and research work. "It is important to show new producers that organic agriculture is a promising and profitable production. Our main goal is the spread of organic agriculture in Russia as a basic element of sustainable development of rural areas", - said Svetlana Gusar, rector of Yaroslavl state Academy of agriculture.

Oleg Mironenko, Executive Director of the National organic Union, stressed the importance of the work of the Centre as a main point of provision of consulting services for prospective and established organic producers: "We see that lack of knowledge, many in his own interpretiruya the essence of organic agriculture. New organic producers find it difficult: they undergo conversion, they have a falling volume of production in comparison with the classical management and they don't know whether they have the income on organics. We need to ensure these companies incubation period and professional advice".

Oleg Mironenko expressed the hope that on the basis of the Center will be able to create a methodology for creating programs to support organic in the regions: "we Need to work out the process of knowledge transfer between different territories. Have knowledge and experience in Tatarstan and Yaroslavl, but they settle in their region. Need to share experience." Florian Amersdorffer, for its part, proposed the creation of a partnership between German and Yaroslavl center of competence and Tatarstan, it is a step that can help in the development of organics.

Elena Aseeva, General Director of Agroholding "the photo shooting took place," remarked that so far lacked systematic information on how to become organico and how to move with this status on, how to improve quantitative and qualitative indicators, but now this will help the Center: "all-Russian competence center is a place is vital to organic producers".

Valery Gogin, head of UMTS "Organic" (Kazan), believes that it is crucial to implement state support measures to support organic in practice: "We have already prepared a draft regulation on measures of support. Hopefully, the competence Center will take on these functions, we must do it together." And, I noticed Valery Gogin, the farmers, while not possessing deep knowledge in organics, we must help with the certification: in the preparation of documents and management to check. Finally, the third need help option to give organic producers an opportunity to ensure the implementation of the goods and it is also a concern of the competence Center.

The experience of foreign colleagues

The German colleagues participating in the discussion expressed support for the idea of creation in the Yaroslavl region of such Center. "I am glad that in Russia to create such Centers of excellence. We need to develop the market, to let people know, and why we should buy organic. Need administrative and organizational work", - said Frank Rumpe, certification specialist KIWA BCS expert of the project "German-Russian agro-political dialogue".

The emergence of such Centers of competence in Bavaria was part of the state program of development of ecological agriculture, noticed, Etc. Klaus Wiesinger, Director of the research Institute of organic agriculture at the Bavarian regional center for agriculture (Germany). A year in Germany, the government allocated 270 Euro per 1 hectare of organic land, are subsidized and the cost of production development. Dr. Klaus believes that in the government should be working experts who recognize the importance of organics, then the state will actively support this area: "officials Should be taught that they have the same interpretation of the law and the spirit of organic agriculture".

The task of the German Centers of competence research and knowledge transfer – including through a variety of information materials, round tables, instructional videos and so on, along with excursions to organic production. Also in Germany an important principle of development is considered to be consulting, and it developed not by the state, and was conducted by the Association of ecological agriculture. Another important measure used in Germany, support from municipalities, such as the creation of special markets. Manufacturers help ecomanager on the ground.

Organic producers and inspectors for the certification of need practical knowledge

As noted by Anatoly Nakaryakov, head of the organic division of EkoNiva holding, the actual problem is the level of education and competencies of professionals in the agricultural sector and organic direction. Need a place for internship. Many companies provide such an opportunity.

For example, the company "EkoNiva" provide training of specialists, particularly in organic farms to teach livestock the basics of organic livestock. Here is also a place practice students.

"The photo shooting took place" too trained personnel. "Summer is an active time for all organic producers. We invite them into our production, so they actually can learn the principles of organics," said Elena Aseeva.

It is important to have opportunities for training of inspectors for certification. As noted by Tatiana Volkova, the General Director of the certification company "Organic Expert" in Russia, these specialists are in short supply, despite the fact that there are always new organic producers, who need to be certified. Now in Russia by 3 companies-the certifier - and 12 inspectors for the whole country. "We receive many requests for training. Need serious training and the opportunity to do some practice," said Tatiana Volkova, speaking about the possibilities of the competence Centre.

During the discussion participants raised a vector that needs to do such a structure as a Center of expertise. "We will provide support of the Ministry of agriculture and hope for out of Centre, - said Vladislav Nesmeyanov. – It is necessary that the Centre can provide assistance on any issue that we could send to the centre for interested producers. I hope that the agreement on the establishment of the Center will be an important tool in the development of organic agriculture in Russia."

Tatiana Damme, Deputy head of the "German-Russian agro-political dialogue" and thanked colleagues for the constructive conversation: "it Was suggested many ideas that can become the impetus for further collaboration and work."

The panelists wished to "Center of competencies of successful real work. "I would like to Center found support from the Federal and regional authorities, to have been beneficial to producers and consumers," said Oleg Mironenko.