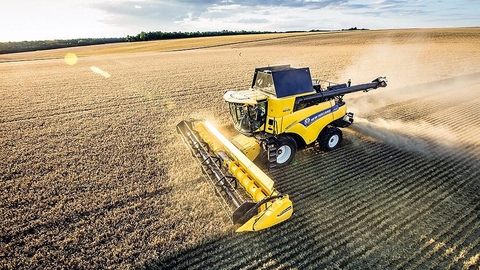 "In 2018 in a number of subjects of the Russian Federation observed adverse weather conditions. In particular, the result of a loss of crops from drought emergency declared on the territory of the Chechen Republic, the Republic of Crimea, Volgograd region, Republic of Altai, Republic of Kalmykia. Also, the emergency mode is planned to enter in the Astrakhan and Rostov regions", — reported in Department.

In addition, as the Ministry added, in eight regions of Russia a state of emergency declared in the result of the waterlogged soil, including in the Altai territory, the Arkhangelsk region, the Republic of Sakha (Yakutia), the Tomsk region, Novosibirsk region, Omsk region, Kemerovo region and Zabaykalsky Krai.

"Total crop losses could reach 30 million tons, and the gross grain harvest is projected to be 100 million tons, including wheat — 64,4 million tons. According to the results of monitoring of harvesting in 2018, the forecast will be adjusted," — said in the Ministry of agriculture.