Friday, 17 August 2018
In Tatarstan harvested two new grains.
Tatarstan farmers have harvested two million tonnes of grain of harvest in 2018 with an average yield of 27.5 quintals per hectare, according to the Ministry of agriculture and food of the Republic. 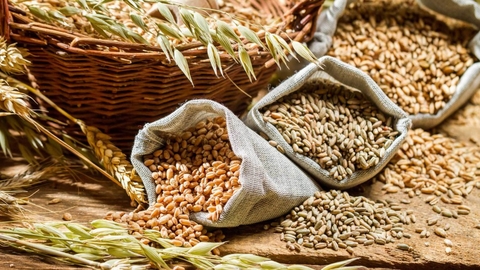 In total in Tatarstan threshed more than half of the harvesting areas. Grains and pulses throughout the areas 729,6 thousand hectares. Since the beginning of harvesting most grains are harvested in Sarmanovsky, Zainsk, tetyushskiy, Alexeyev and Buinsky districts of Tatarstan. Growers of the Republic began the harvest of spring wheat and oats.

According to the Ministry of agriculture and food of Tatarstan, the average yield for the Republic is 27.5 quintals of grain per hectare.

Earlier, the Minister of agriculture and food of Tatarstan, Marat Akhmetov said that Tatarstan gross grain harvest this year will be significantly below last year when the country collected more than 5 million tons of grain. The main reason for the decline in grain harvest in the Republic is the drought affecting several regions of the Volga region. According to the Minister, in Tatarstan, the drought was recorded in 17 districts, where three months was less than 70 millimetres of rain in mean annual values of 170 mm.

By the end of 2017, the farmers of the Republic received the highest over the past seven years, the grain yield is 5.2 million tons with an average yield of 34.2 kg per hectare.