Wednesday, 11 September 2019
Kazakhstan produced over 6.3 million tonnes of grain
On September 11, according to report of Ministry of agriculture of RK, in the Republic the amount of threshed grain is 6378,9 thousand tons. As previously reported, "КазахЗерно.kz" on September 10, was produced 6235,2 thousand tons. 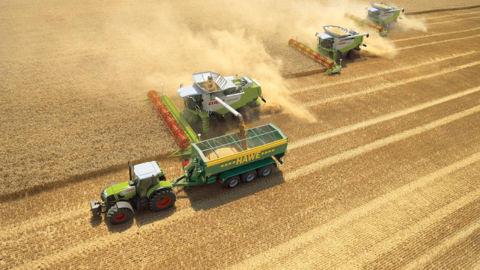 In Kostanay region removed more than a third of the space. Growers with an average yield of 4.8 t/ha harvested 661,4 thousand tons.

In North Kazakhstan region with a yield of 14.6 t/ha obtained 989,8 thousand tons of grain.

Pavlodar farmers removed more than 50% of the area, which received 364,1 thousand tons of grain.

According to the head of the Ministry, the sowing campaign was carried out at the optimum time using quality seeds. However, in Kostanai and Aktobe regions weather conditions adversely affected the condition of crops. As you know, on the territory of the Republic was established anomalous heat.

Of the major grain-producing regions, the most alarming situation in Kostanai region.