Friday, 21 June 2019
India is emerging as a promising market for sales of peas because of the drought
One of the main suppliers of peas in the world market – Canada – hopes to return export positions in India and try to compete with Ukraine for the Chinese market 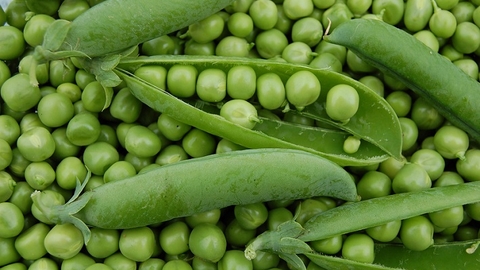 Despite the fact that in recent years India has reduced the import of legumes from Canada because of disagreements over phytosanitary control of the crop and fumigation, a very difficult growing period in the country can make canadian beans again attractive.

Drought in key agricultural areas of India threatens the harvest. According to Reuters, in the key growing areas of soybeans, legumes and other crops rainfall significantly below average for the monsoon season.

In the provinces of Maharashtra and Madhya Pradesh recorded the lowest rainfall for more than 60 years.

"If the rains are further delayed, this can lead to changes in the structure of planting and lower yields," said Reuters B. V. Mehta, Executive Director of the Association of vegetable oils producers in India.

According to Directorate General of commercial intelligence and statistics of India, total imports of peas in April increased significantly. Approximately 132 000 tonnes of field peas were imported, which is 197 percent more than in the previous month.

According to the Canadian grain Commission, the average five-year value of exports of canadian peas (restrictions in India) amounted to 1.2 million tons.

In the future, Canada could increase the supply of the Chinese market, if not one "but".

Ukraine and China have signed an agreement under which Ukraine will export most of its crop of peas in China, and between China and Canada remains political tension because of the arrest of Finance Director of Huawei at the request of the United States. This factor, in opinion of some experts, was the cause of the refusal of China from the supply of canadian canola.

However, traders are confident that sooner or later Canada will restore its position on the peas in these two important markets.