Wednesday, 24 July 2019
Drought in India has affected the sales of herbicides
For suppliers of pesticides on the domestic market of the country season passes not too successfully, in contrast to Indian companies selling on the export 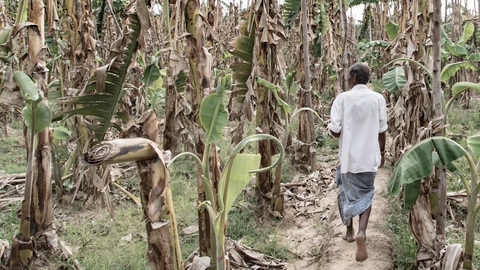 Inadequate rainfall in some parts of India have led to late planting, resulting in the area under basic food crops fell by 6.8% compared to last year.

Until now, the availability of water for the fields is low, which encourages farmers to choose the most precocious culture.

According to the forecasts of the India meteorological Department, the rains will probably go at the end of July, although the progress of the monsoon remains variable. One thing is clear: the longer the drought lasts, the more modest forecasts and harvest is less than the income of the pesticide sector.

In particular, this was stated by the Indian company Rallis India and Dhanuka Agritech. Particularly low demand for herbicides. The encumbered inventory, retailers don't want to take the new volumes. If the demand will not grow, leading to inventory reduction, agrochemical companies will be difficult to build momentum and to transfer the increase in production costs.

Dhanuka Agritech Ltd, which mainly focuses on the domestic market, reported a decline in June, while revenue grew just 3%. The reason of falling of incomes – not just drought.

"The management of Dhanuka said that because of the uncertainty associated with the available raw materials and prices, gross profit in the 2020 fiscal year, may at best return to last year's 38%, given the low probability of a rise in prices for grain crops," say analysts at Elara Securities.

Rallis India is in a better position, since more than a quarter of its revenue comes from exports. In addition, the company is focused both on the domestic market and for export, increasing capital costs. Due to the good demand for the main agrochemical products, revenue from exports increased in June by 12%.

"Despite the fact that the company is doing well in exports and is considering further opportunities for this, the stagnation in domestic markets and the lack of pesticide products-blockbusters are the main problems," - noted the analysts of Edelweiss Securities Ltd in business valuation Rallis India Ltd.