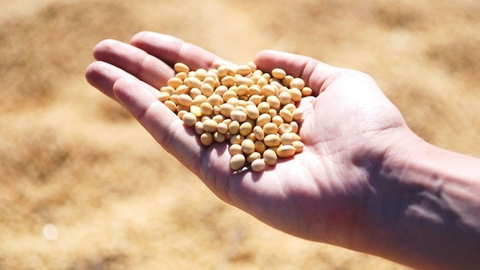 Gross yield is 10.7 thousand tons, and the yield reaches 16.8 centners per hectare.

"Leaders in the rate of harvest determined agricultural producers Kochubeevskogo area where with 3.3 thousand hectares, which is 76 percent of the plan, and produced 5.8 thousand tons of soybeans, with a yield of 17.7 tons per hectare," — said Deputy Minister of agriculture of the Stavropol territory Andrey Oleynikov.

He also reported that the highest yield achieved by farmers Izobilnensky district. There is removed approximately 300 hectares with the index of 25.4 quintals per hectare.

By the way, recently in Izobilnensky district opened a plant for the production of seeds. Earlier also it was reported that the region is the harvesting of sunflower seeds.