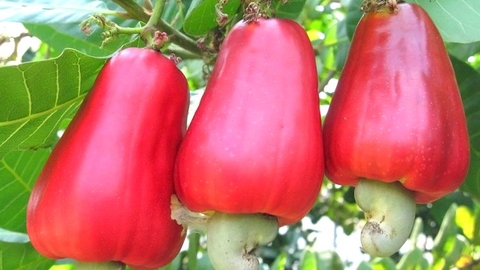 In this regard, the revolutionary government of Zanzibar (which is part of the United Republic of Tanzania) referred to stakeholders of the African Union producers of cashew nuts (ACA) to provide assistance to increase the production of this product.

According to Tanzanian newspaper Mwananchi news, currently in Zanzibar cashew is produced in small scale, therefore can not attract the attention of investors for the development of trade. However, on the Islands of the implemented strategies benefit the population of Zanzibar from the production of this agricultural product.

This goal was announced at the 13th conference of the African Union producers of cashew nuts, which takes place in Dar-es-Salaam. This goal was declared by the head of the government Commission on the issues of legitimate trade competition, Mohammed Jafar.

"We intend to make change in agriculture", — he stressed.

Authorities developed the strategy, under which will be established a plant for the purification and processing of cashew nuts in order to increase the role of this product in the economy of Zanzibar.

The growth of production of cashew nuts Zanzibar will begin to implement their export abroad.

Последние новости
16:02 Equipped with Russian equipment, poultry shop opened in Penza region
15:00 Cherkizovo group took part in the event B20
14:04 Published monthly grain market from January 15
13:08 AGROSILA in 2020 will implement artificial intelligence on a dairy farm
12:04 In the Orenburg region, the farmers will receive for interns 2 million rubles
11:02 Freight report, 3 week 2020
10:03 KRASNODAR PLANT "CLAAS" IS THE MOST EFFECTIVE ENTERPRISE CONCERN CLAAS
09:00 In the Perm region affected by the disaster, insurance payments to farmers for ruined crops 2019 doubled the volume of premiums
08:05 One blow
17:01 JSC FGK for 9% of the increased loading in the gondolas on the Volga railway.d.
16:08 The volume of export deliveries Samara APK in 2019 increased by 53%
15:06 This year on Kuban will lay more than 1.5 hectares of young gardens
14:02 The Ministry of agriculture has developed risk indicators of violations to inspections of field use
13:06 Dmitry Patrushev, the head of the Ministry of agriculture
12:01 Putin signed a new Doctrine of food security
All news