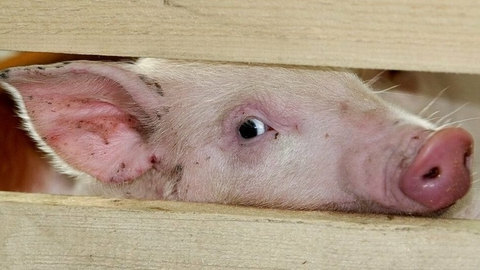 Cargill Inc. one of the world's largest private companies, investing in food production. The company operates in 68 countries. It is mainly engaged in sales of grain, oil, sugar, cocoa products, beef, pork, and Turkey meat. In addition, the company is also a major producer of agricultural products.

A virus that kills the majority of infected pigs within 10 days had spread to most Chinese provinces.

The official reports of 24% the reduction in the number of nation are "conservative", says John Fehring, managing Director of Cargill. According to him, many in the market expect the reduction of production by 45% this year.

"This is not a short - term event," Fehring said in an interview with SCMP.

The virus was first recorded in China in August. Since then, there have been more than 140 outbreaks that forced the country to increase meat imports. While the government has tightened security control animals, the structure of the pig industry of the country in which carried out many operations in the shadows, made it difficult to control the spread of diseases.

China increased pork imports, but also increased demand for other meats. Consumers "do not differentiate between a disease that affects only pigs, and that is transmissible to humans", refusing the desire to eat pork and reducing consumption.

"Replacement alternative sources is part of the solution to the problem of gap between demand and supply," said Fehring. According to him, poultry is likely to be the main beneficiary, both from the point of view of China's domestic market and abroad. In the second place the eggs, followed by beef and aquaculture.

(Grain Online: due to the reduction in the number of pigs in China has sharply decreased the demand for imported soybeans. According to forecasts of USDA, in the current season (October-September) China imports of 85 million tons of soybeans. Last season, imports amounted to 95 million tons)